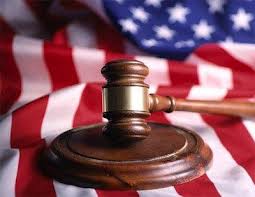 Kathleen Ann Feeney was born June 21, 1962 in Grace Hospital, Detroit, Michigan. Kathleen was the third child of Vern and Dee Feeney. Her older brothers Brian and Patrick reluctantly welcomed her into the family. The Feeney family lived in the Kendallwood neighborhood of Farmington Hills, Michigan. Kathleen was a regular at the Kendallwood swim club. She started swimming competitively at the age of 5. Just before Kathleen started the third grade her family moved to Bryan, Ohio, where her father started an injection molding plastics business. Kathleen attended Bryan High School graduating in 1980. She excelled academically and athletically at the school. She continued swimming and, with the help of her brothers, became expert in the game of basketball. In her senior year the Bryan Lady Bears fell just short of the state championship game and Kathleen earned All-State Honorable Mention accolades. During her summers in high school Kathleen used her swimming skills working as a lifeguard. Kathleen matriculated at Michigan State University where her athletic pursuits had to take a back seat to her academic endeavors. Kathleen did find time, however, to participate in the Spartan Marching Band. Kathleen served as a resident assistant in McDonnel Hall during her senior year. Kathleen was on the Dean’s List her entire time at MSU. In 1984 She graduated from the Honors College with High Honors earning a bachelors degree in Communications Arts and Sciences. Kathleen continued her education at the University of Illinois College of Law. The Illini honored her as a Harno Scholar and as the Outstanding Woman Law Graduate for the Class of 1987. After finishing law school Kathleen returned to Lansing and commenced work for the law firm of Foster Swift Collins and Smith. At Foster Swift she specialized in labor and employment law as well as no-fault litigation. During the spring of 1990, Kathleen moved to Grand Rapids and joined the firm of Mika Meyers Beckett & Jones. At Mika Meyers Kathleen worked extensively in the areas of family law, condemnation and personal injury. In the fall of 1992 Kathleen married a fellow associate at Mika Meyers. Kathleen left the firm shortly after her wedding and took a position with the Michigan Court of Appeals Research Division. Shortly thereafter Kathleen was retained by the Honorable Jane E. Markey to serve as Judge Markey’s judicial counsel on the Court of Appeals. While serving Judge Markey, Kathleen was selected by the State Bar of Michigan to receive the Outstanding Young Lawyer Award for 1995. During March of 2000, Kathleen gave birth to her first child, Anna Evaleen. At the age of six months Anna was diagnosed with a rare and terminal metabolic disease. Kathleen took a leave of absence from her job to care for Anna. ​

Shortly after Kathleen took her leave, Governor John Engler appointed her to fill the vacancy on the Kent County Circuit Court bench created by the retirement of Judge Robert Benson. Kathleen was subsequently elected to complete Judge Benson’s term in November of 2000 and to her own 6 year term in November of 2002. Kathleen is the first woman appointed or elected to the Kent County Circuit Court. Since joining the court in 2000 she has been assigned to the Family Division. Kathleen’s husband John left his job and took over care of Anna when Kathleen took the bench. Anna died on Thanksgiving day, 2000. Determined to ensure that Anna would continue to touch people after she returned to heaven, Kathleen co-authored a book about Anna’s life titled Anna’s Friends. The book garnered critical acclaim and earned national awards including a 2003 Benjamin Franklin Award as well as an Independent Publisher Magazine Award. Kathleen also created a foundation to help other families with terminally-ill children. Kathleen has three other children who keep her and her husband busy! Kathleen has been active in her service to the community. Kathleen served on the Assumption of the Blessed Virgin Mary Elementary School Board. She served on the local bar’s Gender Bias Task Force. She founded and chaired the Republican Outreach Corps of Kent County and chaired the Republican Women’s Forum. She served on the Executive Council of the Young Lawyers Section of the State Bar of Michigan and chaired the Young Lawyers Section of the Grand Rapids Bar Association. She created and coordinated the statewide Horn of Plenty Food and Clothing Drive. Kathleen served on the Steering Committee of the Hillman Trial Advocacy Clinic. Kathleen is on the Executive Board of the Michigan Judges Association serving as the Treasurer and having served as the chair of the Family Law Committee of that organization. Kathleen served as a member of the YMCA Service Club and for 15 years served as a member of the Wolverine World Wide Family YMCA board of managers. Kathleen was a member of the DeVos Children’s Hospital Family Centered Care Advisory Board as well as the Nyhan Center for Metabolic, Mitochondrial & Molecular Medicine Family Steering Committee.

Kathleen is a member of the United Mitochondrial Disease Foundation Western Michigan Support Group. Kathleen has also been a member of the Rockford Garden Club, the Grand Rapids Canine Agility Club, the Heart of Michigan Bernese Mountain Dog Club, and the Bernese Mountain Dog Club of America. Kathleen is a member of the Fair Housing Center of West Michigan, the John Ball Zoological Society, the Frederick Meijer Gardens and the Grand Rapids Children’s Museum. More recently, Kathleen serves as the chair of the Kent School-Justice Partnership established in 2013 to stem the school drop out to prison pipeline, and she helped create the first Truancy Court in Kent County. She serves on the Michigan Supreme Court Model Civil Jury Instruction Committee as well as the West Michigan Therapy Dog. ​

I have been practicing law for over 50 years.  Judge Feeney is one of the best Kent County has ever had.

Kent County is a better place because of Judge Feeney.

Great Judge.  She is fair and knows the law well.  She treats people with kindness.